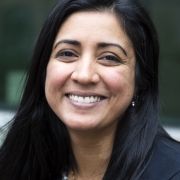 What’s it all about?

It was very flattering when a Google Moonshot company, invested in by Bill Gates and Jeff Bezos funded Breakthrough Energy Ventures, called to ask for help to scale their team. I took the opportunity whilst in Boston, MA, meeting the team, to record this episode with CEO Ramya Swaminathan, and to hear what’s it like to have such auspicious origins and investors, and what pressure that brings.

Ramya Swaminathan joined Malta from Rye Development, where she was CEO, co-founder and Member of the Board of FFP New Hydro. Under her leadership, Rye Development grew to be the leading developer of new hydropower projects in the United States and its portfolio of development projects, held at its holdco affiliate, FFP New Hydro, advanced from concept through FERC licensing and late stage development financing. She was also responsible for the expansion of Rye’s platform into energy storage, with the addition of two sizable pumped hydro storage development projects in the Pacific Northwest. At Rye Development, Ms. Swaminathan led a multi-disciplinary team, with specialists in engineering and construction, regulatory and environmental aspects, and power marketing.  She also led the company through several financing rounds, both at the platform and the project levels.

Prior to her work in the hydropower space, Ms. Swaminathan was a public finance banker, most recently as a Director at UBS, where she focused on public power clients and senior managed more than $10 billion in financings. Ms. Swaminathan holds a Master’s in Public Policy from the John F. Kennedy School of Government and a BA in Anthropology from Amherst College.

The Malta concept is built upon well-established principles in thermodynamics for a system that stores energy as heat (in molten salt) and as cold (in a chilled liquid). The project was incubated at X, Alphabet’s Moonshot Factory, which applies audacious thinking and radical new technologies to solve the world’s most challenging problems. Based on the research they’d seen, X identified the Malta system as a product that had the potential to unlock a wealth of inexpensive clean energy to address global energy demands.

X’s team designed individual system components and evaluated whether the concept could work in the real world at a competitive price-point. The next two years were spent incubating the concept with a focus on derisking the most challenging concepts first. When it became clear that the technology had potential to be commercially viable at grid scale, Malta was formed outside of Alphabet as its own independent company.

Ramya Swaminathan on Linked In https://www.linkedin.com/in/ramya-swaminathan-6a52a8b/

3 things to know about Malta, the Google-incubated and Bill Gates-backed startup https://www.greenbiz.com/article/3-things-know-about-malta-google-incubated-and-bill-gates-backed-startup

I’m very keen to hear feedback on the podcast and my guests, and to hear your suggestions for future guests or topics. Contact via the website, or Twitter. If you do enjoy the podcast, please write a review on iTunes, or your usual podcast platform, and tell your cleantech friends about us. That would be much appreciated.